Posted at 10:11h in article by admin 0 Comments
0 Likes
Share
From Labor & Employment on Bloomberg Law

From labor disputes cases to labor and employment publications, for your research, you’ll find solutions on Bloomberg Law®. Protect your clients by developing strategies based on Litigation…

Aug. 26 — As the economy improves, it’s becoming more difficult for employers to recruit and hire qualified employees. This is nudging organizations to take another look at job applicants who have been incarcerated.

“It’s no longer 2010,” Marion Mann, a spokeswoman for the Greenville (S.C.) Chamber of Commerce, told Bloomberg BNA. “Businesses are struggling to find qualified workers, and the non-violent ex-offender population is a potential pool of tens of thousands of ready and willing workers.” 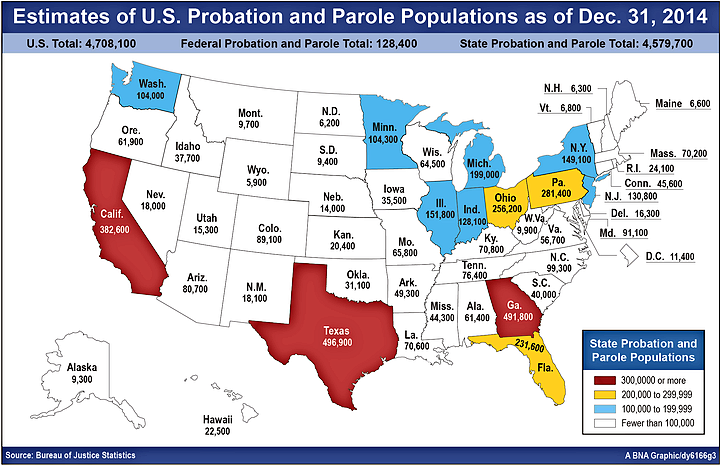 Serving time in jail or prison is not the deal-breaker it once was for job-seekers.

The Obama administration has solidified a plan to help people who are incarcerated, and a growing number of employers are pledging to hire applicants who have criminal backgrounds. But much work remains to be done before employers fully open their doors to this prospective employee population, business leaders and hiring managers told Bloomberg BNA Aug. 15-23.

“All too often, returning citizens face enormous barriers that endure long after they have paid their debts to society—and with over 600,000 individuals released from federal and state prisons every year, societal choices about how we treat reentering individuals will have far-reaching implications for all of us,” the co-chairs of the Obama administration’s Federal Interagency Reentry Council said in their latest report, released Aug. 16.

President Barack Obama issued a memorandum in April, formally establishing the Reentry Council. The council, convened in 2011 by then-Attorney General Eric Holder, is made up of representatives from more than 20 federal agencies, including the departments of Justice, Labor, Education, and Housing and Urban Development.

Employer Discomfort Could Lead to Bias

Many employers remain skittish about hiring people convicted of a crime, and this challenge might make employment discrimination based on race and ethnicity more likely, sources said.

This is because incarceration rates are disproportionately high for racial and ethnic minorities, the Reentry Council report said. Black and Latino inmates collectively represent 30 percent of the U.S. population but make up more than half of the prison population.

At year end 2014, adult correctional systems supervised an estimated 6.8 million people, according to a revised bulletin the Department of Justice released in January 2016.

An estimated 1.56 million were behind bars in state and federal prisons, 744,600 were in local jails and 4.7 million were on probation or parole supervision, the Reentry Council report said.

Women make up about 7 percent of the state and federal prison population. But while there are many more incarcerated men than women, the female incarceration rate has risen at twice the rate for males in the past several decades, the report said.

The Vera Institute of Justice Inc. and the Safety + Justice Challenge released a report Aug. 17 that focuses on incarcerated women, and it contained similar conclusions.

Proponents of hiring people who have served time already are advocating for them in many cities, states and local jurisdictions.

“In our experience, we have learned that formerly incarcerated individuals can be tremendous employees,” David Rattray, executive vice president of education and workforce development for the Los Angeles Chamber of Commerce, told Bloomberg BNA. “We recently lost one of our star employees—who happens to be formerly incarcerated—to another organization, but that experience taught us that they can be incredibly hard-working, industrious individuals who can profoundly impact the work.”

This is not always the case.

“On the other hand, we also struggled with one of our formerly incarcerated employees, who did not adjust as well,” Rattray said. “There are very real challenges and barriers that many of these individuals face, from housing to mental health issues, that could disrupt their progress as they work to turn their lives around.”

Federal and state government agencies, nonprofit organizations and a growing number of employers have resources to help this prospective employee population, Rattray said. Support from employers could include employee assistance as well as professional development programs.

The Obama administration announced Aug. 16 that 185 employers, representing more than 3 million workers, have signed a “Fair Chance Business Pledge.” The pledge, unveiled in April, represents “a call-to-action for all members of the private sector to improve their communities by eliminating barriers for those with a criminal record and creating a pathway for a second chance,” the White House said.

Wal-Mart Stores Inc., file hosting service Dropbox Inc. and the University of Pennsylvania are among the latest employers to sign the pledge. Employers who signed it previously include American Airlines, Koch Industries, Microsoft, Xerox and Unilever.

“At Freedom Partners and Koch Industries, we believe if we can reform the criminal justice system, make it more fair and improve public safety, it would be great for everyone,” Mark Holden, senior vice president and general counsel of Koch Industries, told Bloomberg BNA.

He also is the chairman of Freedom Partners, a coalition of individuals and organizations “dedicated to protecting freedom and expanding opportunity for every American—no matter where they live, what they do or how much money they have,” the organization’s website states.

Koch Industries has never discarded a job application submitted by someone who’s been incarcerated, Holden said. “We conduct an analysis of the individual,” he said, and ask what crime was committed, when did it occur and “what did the person learn from it.”

“If you take an approach in which you won’t consider someone” who’s been incarcerated, he said, “you’re really limiting yourself from a talent perspective.”

Business leaders and politicians on both sides of the aisle have spoken in favor of providing resources for juveniles and adults after they are released from jail or prison, Holden said.

During a discussion in June at the Center for American Progress, Labor Secretary Thomas Perez cited Baltimore-based Johns Hopkins Medicine as a model other employers might learn from when it comes to hiring people who’ve been incarcerated.

“The one thing we do is not share the background check results with departments or hiring managers unless we feel there’s a need to know,” Michele Sedney, senior director of central recruitment services for Johns Hopkins Health System, told Bloomberg BNA. “We don’t want anyone to have preconceived notions about the individuals.”

The $7.7 billion integrated global health enterprise employed 25,135 workers as of July 1. Johns Hopkins Hospital, its Baltimore-based flagship facility, employed 9,894 workers. Between 5 percent and 10 percent of employees at the hospital have been incarcerated at some point, Sedney said.

“He reviews all the information and makes a recommendation to the HR department,” Sedney said.

Questions HR representatives pose to the investigator before a hiring decision is made include: How long ago was the conviction? What was it for? Does the crime have some bearing on the job duties? Was the applicant honest about the matter? How old was he when the crime occurred?

Similar advice is included in a report the Lawyers’ Committee for Civil Rights Under Law released in 2013, “Best Practice Standards: The Proper Use of Criminal Records in Hiring.”

In addition to offering a second chance to job applicants who have criminal backgrounds, employers shouldn’t sacrifice the safety of patients, staff members and visitors in their workplace, Sedney said.

“We will look at convictions such as assault very closely,” she said, describing the Johns Hopkins hiring process as “a balancing act.”

“We need to make sure people don’t feel like they’re making any kind of compromises,” involving hiring decisions, he said. “What we tell businesses is if a person has not committed an offense for a maximum of seven years, they’re no more likely to commit a crime than those who haven’t.”

Businesses are going to be thorough about the nature of the crime a prospective employee committed, Thompson said. Hiring a pedophile to work in a day care center is not something any employer would support, he said.

Today, between 70 million and 100 million adults have a criminal record on file—approximately one in three U.S. adults, the DOL said.

“There’s now the potential to really see this as a commonplace discussion,” Thompson said. “So many businesses are coming forward and talking about this. So many elected officials are talking about this. And so many adults are just being open about their own history.”

To contact the reporter on this story: Rhonda Smith in Washington atrsmith@bna.com

To contact the editor responsible for this story: Susan J. McGolrick atsmcgolrick@bna.com

Copyright © 2016 The Bureau of National Affairs, Inc. All Rights Reserved.

Sign up for our newsletter and enter for a chance to win a fab Coach gift. Choose either a genuine Coach men’s scarf or 100% leather women’s gloves.

You can unsubscribe at any time

Disclaimer : All pictures shown are for illustration purposes only.
Actual prize may differ from product shown.